The Hannibal Police Department is seeking bright, dependable, motivated, physically fit and ethical individuals willing to provide a progressive level of police services to the community. Entry level employment with the department begins with the position of Police Officer.

The testing procedures may include one or more of the following; evaluation of experience and training, oral interview, written examinations, performance examinations, physical ability testing, physical examination, drug testing, and an intensive background investigation.

*Preference will be given to applicants who are certified peace officers with the State Of Missouri. 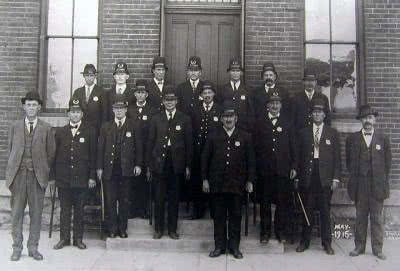 Pension: Each officer has a pre-determined portion of their salary withheld each payday, which goes into the Police and Firemen's Pension Fund. If an officer leaves the force prior to retirement, the money contributed into the pension fund is returned to the officer.

Insurance: The city pays hospitalization and dental insurance for each officer and if the officer chooses to have family hospitalization coverage, the City pays a portion of it. Family dental coverage is paid by the officer. The officer will have $50,000 in term life insurance with the premium paid for by the City. All insurance coverage goes in effect on the first month following employment.

Paid Vacation: All city employees receive vacation according to the following plan.

Paid Sick Leave: Accumulation of sick leave credits begin with the completion of the first calendar month. Each employee accumulates eight hours per month with a maximum accumulation of 1440 hours. Upon leaving the City in good standing employees are paid 50% of unused sick leave up to a maximum of 480 hours.

Holiday Pay: Each officer receives $1,105 for 13 holidays each year.

Personal Leave: After employees have completed their probationary period, an employee shall be allowed twenty four hours of personal time per fiscal year with pay for personal business.

Uniforms and Equipment: The Department furnishes the following equipment: Uniforms Shirts and Pants