The US 61 corridor through Hannibal sees a tremendous amount of traffic. Statistics provided by MO Dept. of Transportation state that for 2010, the US 61 corridor through Hannibal saw an average daily traffic count of over 26,000 vehicles. Preliminary traffic studies showed these intersections were victim to high numbers of red light runners - over 20 violations in a 24 hour period at one light alone!

The number of red light runners added to the sheer volume of traffic through these intersections leads to increased chances of serious to fatal traffic crashes; an unacceptable problem to the citizens of Hannibal as voiced in numerous Citizen Surveys.

Since the inception of the Red Light Camera Program in December, 2007, Hannibal has shown a marked decrease in the number of red light running violators as well numbers of traffic crashes at these intersections- not only where the cameras are installed, but also at surrounding intersections (halo effect).

Hannibal currently has red light cameras installed at the following intersections:  US 61/Hwy 168 and Diamond Blvd, US 61/West Ely Rd and Pleasant St, US 61/Market St and Paris Gravel Rd.  and at  US 61/ Rt. MM and James Rd. 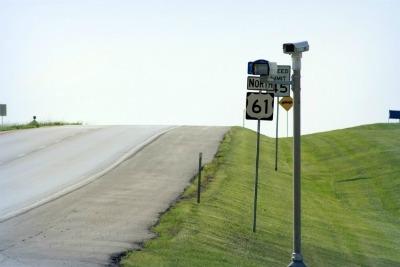 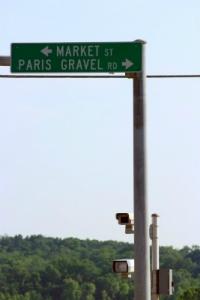 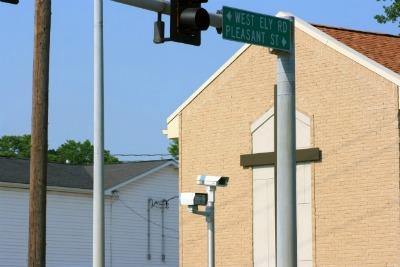 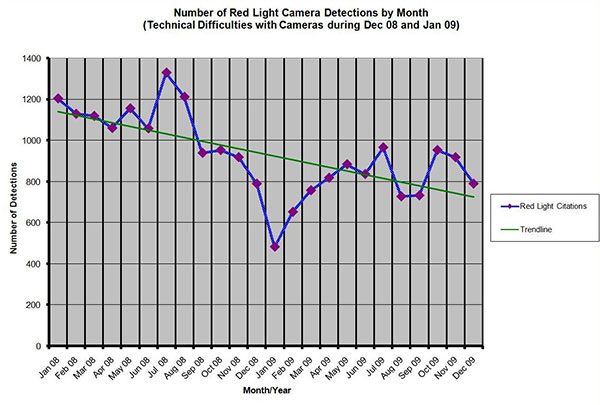 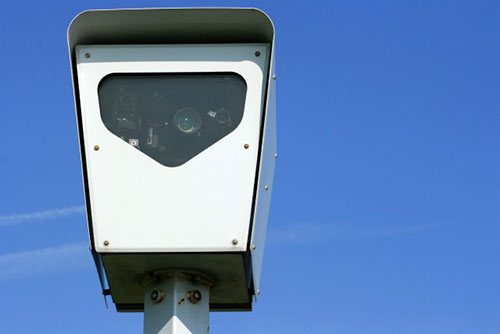 Yes. National estimates show that more than 9,000 crashes are caused annually by drivers who run red lights. These crashes tend to be more severe as they are usually right angle crashes (T-bone) which are much more likely to cause serious injury. Red light cameras have been shown to substantially decrease the severity of traffic crashes at intersections where traffic enforcement cameras are installed. The Insurance Institute for Highway Safety has additional information on this subject.

Police cannot be everywhere at one time. Communities do not have the resources to allow police to patrol intersections and roadways as often as needed to ticket all motorists who run red lights. Red light cameras help keep our roads safer and allow Hannibal police officers spend their time protecting citizens in other ways.

Are cameras being used in other communities?

Photo red light enforcement has been used in the United Stated for more than 15 years. Systems are used in more than 160 communities in 25 states across the U.S.

Where are the installed red light cameras?

Hannibal currently has red light cameras installed at the following intersections: US 61/Hwy 168 and Diamond Blvd, US 61/West Ely Rd and Pleasant St, US 61/Market St and Paris Gravel Rd Plans are underway to install cameras at the US 61/ Rt. MM and James Rd intersection as well.

Is there any type of warning when approaching these intersections?

Yes. Signs are posted at each intersection warning drivers that photo enforcement is in use.

How do the cameras work?

What happens after a violation is recorded?

What does the citation include?

The citation will list all the information gathered from the recorded violation including 4 photographs. Information will also be given where the registered owner can view the video of the violation online.

What are my options if I receive a citation?

Included along with the citation are forms to use to choose one of the 3 options:

You can choose to pay the violation. You can nominate the actual driver, or inform us if your vehicle was sold or stolen. You can request a court hearing.

What if I am not the driver?

What is the penalty for red light running?

The Municipal Judge has set the fine at $130.00 for red light running. If you do not pay your fine, or respond to the citation with a nomination or stolen/sold information by the due date on the citation, your fine will be assessed court costs and a court date will be issued. If you fail to respond to the court summons, you may be issued a Fail to Appear Warrant for your arrest.

Will the violation affect my driving record?

Due to recent Missouri court decisions which have verified that Red Light Camera Violations are in fact a moving violation, Red Light Camera tickets will be treated as a standard Run Red Light violation. The offence is reported to Missouri Department of Revenue and points will be assessed. This change will take affect November 13, 2013.

total number of accidents attributed to running a red light

Intersections where cameras are installed: